Chatbots: The Debate of Good Versus Evil 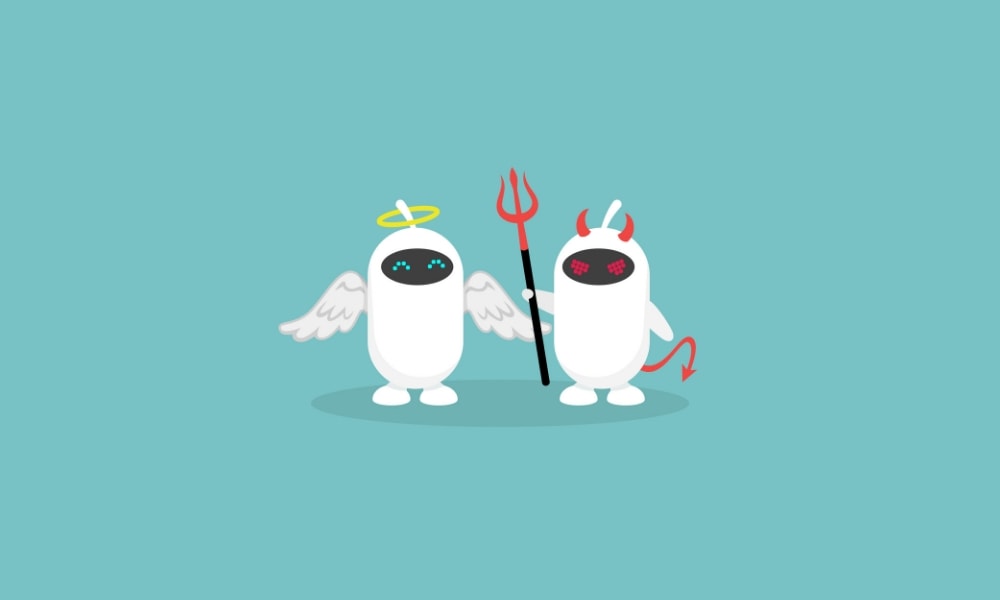 Robots are not the enemy of humanity.  Science fiction paints a grim picture of evil machines taking over the planet and enslaving people to do a metal overlord’s bidding.  But those same movies also show stories of compassion, cooperation and support.  One need look no further than classic examples like Star Wars or Wall-E, where robots are normalized in everyday life. Today, people are prone to the positive-negative asymmetry effect—they remember the bad events more than the good events. In “Bad is Stronger Than Good”, Roy F. Baumeister explains that it is evolutionary adaptive for bad to be stronger than good. In other words, our biological survival depends on our intense scrutiny of those bad events, lest we repeat negative histories. Added to the advent of new technological forces is an innate human fear of the unknown.  People are distrustful of foreign agents they do not understand.  Each wave of novelty presents challenges in adoption.  We now live in an era where innovative technological growth is accelerating at exponential levels. And the world of artificial intelligence is one of the scariest areas of all. Despite such rapid change, there is solace in a hopeful future. This article dispels the public perception that chatbots are bad and shows how they support and enrich human lives.

Extinguishing the Myth: Chatbots Are Not The Enemy

One of the biggest issues in chatbot creation is finding a balance between being “too botty” or “too human”.  On one side, users want to have a conversation with a virtual agent that is relatable, empathetic and helpful. But people also have an inherent BS meter to dislike anything inauthentic. When applied to chatbots, there is a fine line in creation every developer must tread in personality development.  Artificial intelligence lends immense power in the formation of natural language processing (NLP).  Chatbots interpret and respond to user intents with the help of machine learning offering intuitive answers. A branch in philosophy called aesthetics speaks on the uncanny valley, a term coined by Masahiro Mori in 1970.  He hypothesized that we feel a greater connection with artificial humans as they become more realistic up to a certain point. The Uncanny Valley – 1970 The Turing Test is a benchmark to measure how ‘human-like’ a chatbot is. However, chatbot development has since shied away from complete autonomy in favor of semi-intelligence as a result of Tay’s failure.  Which brings us to the underlying reason why chatbots are getting a bad rap in the first place. Chatbots are only as good as the developer that creates them.  And unfortunately, there are a lot of bad chatbots on the market.  The explanation: the technology is still in its experimental phase where novelty trumps normalization. The good news is that chatbots are built off conversation, and the documentation on successful messaging is abundant.

Think back to Star Wars for a moment.  The main protagonist, Luke Skywalker is accompanied by two droids.  One is C-3PO, a golden humanoid who serves as the voice of reason and translator for the group.  The other is R2D2, a short cylinder with a round head that makes a lot of beeping sounds. R2, while not as shiny as its golden humanoid counterpart, is a swiss army knife variant that opens doors, hacks into computer consoles, and relays video recordings. Both these robots are lovable in their own way, but one has risen to fame.  Can you guess which? People look to chatbots for two distinct reasons: one is to solve a problem and the second is for companionship.  R2 is like a dog that faithfully fulfills its owners desires.  Not too human, but human enough.

R2D2 (left) and C-3PO(right). Automation is sweeping the world.  It’s a storm disrupting industries in retail, logistics, healthcare, manufacturing and so many more.  Where companies previously outsourced their human labor, they now turn to online chatbots to tackle repetitive tasks such as customer service and appointment setting. The good chatbots are the R2D2s bringing value to business through FABs like cost reductions and 24/7 hour coverage.  But more importantly, they bring more meaningful work to the employees they replace. We’ve all been there in the tank.  Call centers are notorious for their high turnover rates (up to 40 percent, 25 percent higher than the industry average).  Call after call with the same questions and answers repeated.  It’s a necessary evil.  Or is it? Or new online requests for specific banking information clog up teller inputs, so they aren’t giving quality time to onsite customers. Redundant, process-driven tasks are being removed from employees’ palettes in favor of more meaningful work.  Live agents will still exist.  But their interactions are more impactful because they are not bogged down with the automation side of things. 61 percent of business leaders expect the share of roles requiring collaboration with AI to increase in the next year, according to Accenture.   Yet, workers remain impatient to work with the technology largely in part because executives aren’t willing to invest in training them how to use AI. Tom Ivory at Capgemini recently interviewed at Forbes saying that reskilling workers to the new technology is key to new job creation.

“The heart of reskilling is improving the way employees can leverage data to improve customer service, accelerate research and development and innovate. Eventually all companies will become digital organizations that harness the exponentially growing volume of data inside and outside of their companies.”

Once the hurdle of novelty is overcome, and the fear of the unknown is quelled, employees can adapt and thrive in their new environment. Help others understand how bots can help them. Ever heard of the name San Fransokyo?  If Big Hero 6 was the first thing to come to mind, then you are spot on.  It’s a fantasy mashup of San Francisco & Tokyo.  It’s also the setting for the perfect example of man and machine working together towards bigger and better things. There is no question that artificial intelligence and robots are here to stay.  And with more than 300,000 chatbots live, the messaging medium is the prominent source of communication for people.  It makes sense that we understand, accept and embrace chatbots as a force of good. Developers have a responsibility to train their chatbots to tread a healthy balance in the uncanny valley to put recipients at ease.  And business owners have a responsibility to train and educate their employees on chatbot usage so they can use their skills towards meaningful work. 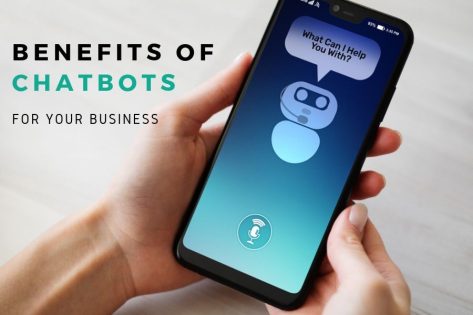 10 Benefits Of Chatbots You Need To Know Now 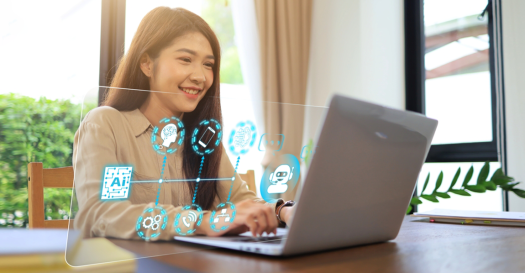 6 Stats to prove chatbots are inevitable for modern bus...

The Rapid Rise of Virtual Assistants in Different Indus...